Back to Blog
Blender

How to Prep for Creating 3D Models

o you’ve watched practically every Blender tutorial under the sun and now you’re itchin’ to be released from the shackles of Blender tutorials and create your own model from scratch – awesome! I’m here to help you transition from a tutorial pro to at least a novice 3D modeler. I know how the journey from zero to modeling on your own can be. I too got caught up going down the Blender tutorial rabbit hole following step by step instruction from some great 3D modelers. However, there comes a time in every 3D modeler’s life where you gotta remove the training wheels and create something on your own!

However – where should you start? That’s quite the loaded question. However, I’ll share with you my personal process in hopes that it inspires you to find your own workflow. I previously went through a phase of modeling retro tech objects and figured I’d take you through my very own process using a floppy disk.

1. Find or Sketch a Reference Image

Working from memory can be a doozy. Therefore, find a reference image to help you get started. I personally prefer to source images on Pinterest given that the platform provides a variety of variations for inspiration. Not to mention, I can organize everything I find into a Pinterest board. If you intend to model something that doesn’t exist, let’s say a character for instance, then create a sketch of the character/object.

Also, gather reference images of the object at different angles. The front view of a car, for example, is almost always different than all other angles of the car. That’s pretty much going to be the case for most objects. Therefore, look at the real-world object from different angles. Likewise, if you’re sketching your own reference image, sketch the character/object at various angles such as the front, back, and sides.

Trust me, working from the imagination of your mind without an image to reference can make getting started a big challenge. Having a reference image provides the opportunity for you to refer to something that resembles the model you’re striving to create.

Since I’m using a floppy disk as my reference image, we’ll utilize this image that I found on Pinterest.

The back of a floppy disk tends to look almost like the front with just a slight difference. However, since this is just an example, we'll forget about the back for now and just focus on the front.

2. Break Things Down into Basic Shapes

Essentially everything in this world is made up of basic shapes. While some shapes may be complex, most objects we encounter in our day-to-day life are made up of basic shapes (i.e., square, rectangle, triangle, circle, oval, etc.). When it comes to 3D modeling, it’s important to remember that we pretty much start with a basic shape and manipulate the shape in such a way that we’re able to turn it into our desired look. When you think of real-world objects as a combination of shapes, it can help you identify which shapes are necessary to create your desired model.

Now that we’ve broken down the model into shapes, this provides a better idea of which shapes to start from while creating the various features of the model.

Since you’re already a Blender tutorial pro, you’re likely aware that Blender is equipped with a lot of features and thus ways to go about getting to the same result. While that may seem overwhelming, it’s a great benefit because you’re not cornered into any one single approach. Let’s explore this step with the floppy disk.

The corners of the overall floppy disk are curved. This sounds like a job for the Bevel tool.

The small squares on both sides of the floppy disk appear to be cut-out from the general shape. In addition, there’s a rectangle cut-out from the metal piece that slides at the top. The Boolean modifier can help achieve this effect.

There are several features that are inset into the floppy – this includes the top rectangle as well as the arrow. We may be able to achieve some of this by using the Inset tool, however, this may get a bit tricky with the arrow. Whenever this occurs, I tend to cross that bridge when I get there. For now, I know for sure that I could use Inset for the top and rectangle pieces.

Rectangles within the Surface

The top rectangle, metal slider, and bottom square-ish writing area are all made up of rectangles. Rather than add additional shapes to the scene to create these features, I could duplicate the appropriate faces on the floppy disk body and separate them all from the floppy disk body so that they’re all its own object.

But what happens if you don’t know all Blender features? Well, realistically you don’t know what you don’t know. Therefore, if you encounter something that you aren’t 100% sure on how to do, refer to YouTube for inspiration. When creating the floppy disk, I had no clue how to go about creating an arrow. Lo behold, someone created an entire YouTube video on the topic! Although I’m releasing you from the shackles of Blender tutorials, it’s still OK to go back and watch them from time to time. At least now, you’re creating your own thing and not fully following the guidance of someone else for the creation of your entire model.

Loop cuts and faces are going to be two key players in creating your model. Knowing where to create loop cuts in advance can better help with determining where geometry is needed for your model. Before creating my floppy disk model, I knew that I wanted to start from a cube. However, the cube primitive that Blender provides doesn’t have much geometry; there’s only 4 faces. Therefore, we can add more geometry by adding loop cuts to create additional faces. Rather than going crazy with the loop cuts and cutting wherever your heart desires, it’s best to plan the location of the cuts on the reference image.

A floppy disk is a low stakes object to model because it’s relatively flat and squarish. However, given that there are many other shapes which make up the features of a floppy disk, I needed to add loop cuts to better break up the surface of the floppy into different regions. I also knew in advance that I could do things such as duplicating faces in Blender to create the writing area and the upper part of the floppy that contains the metal slider thing (not sure what that’s called). Since I wanted to take the face duplication approach, the best thing for me to do was create loop cuts in places that would create faces in the appropriate place for duplication.

Using the reference image, I drew lines where I felt it’d be best to create a loop cut.

And that’s it! While this workflow doesn’t cover materials, it does provide me with a decent start before heading into Blender. Although this workflow is focused on Blender, the same steps apply for other 3D modeling tools.

Providing yourself with a general plan of where to start will save you a lot of pain and headache (and time!). Curious to see how my floppy disk turned out? Stay tuned for my follow-up article and YouTube video! 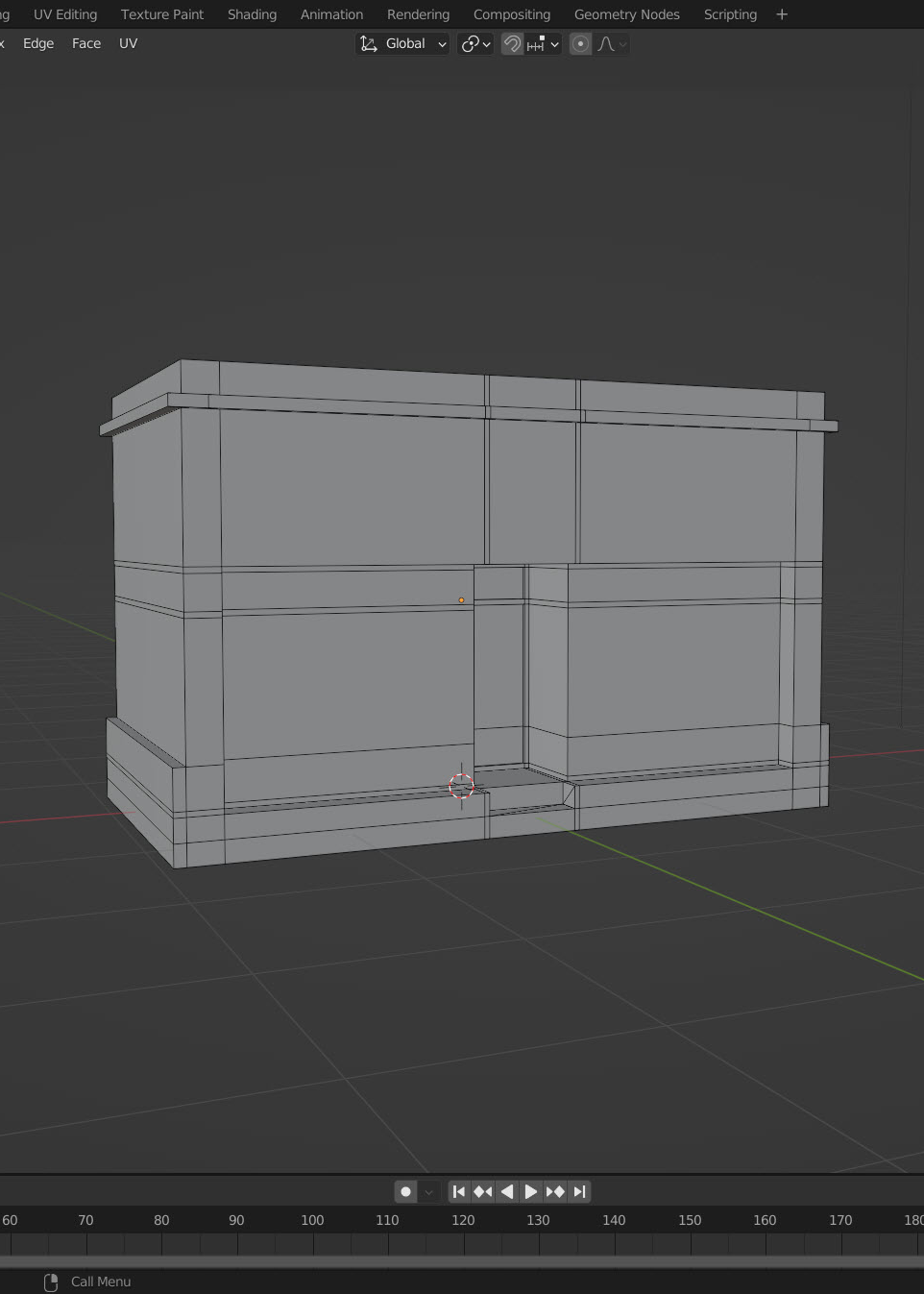 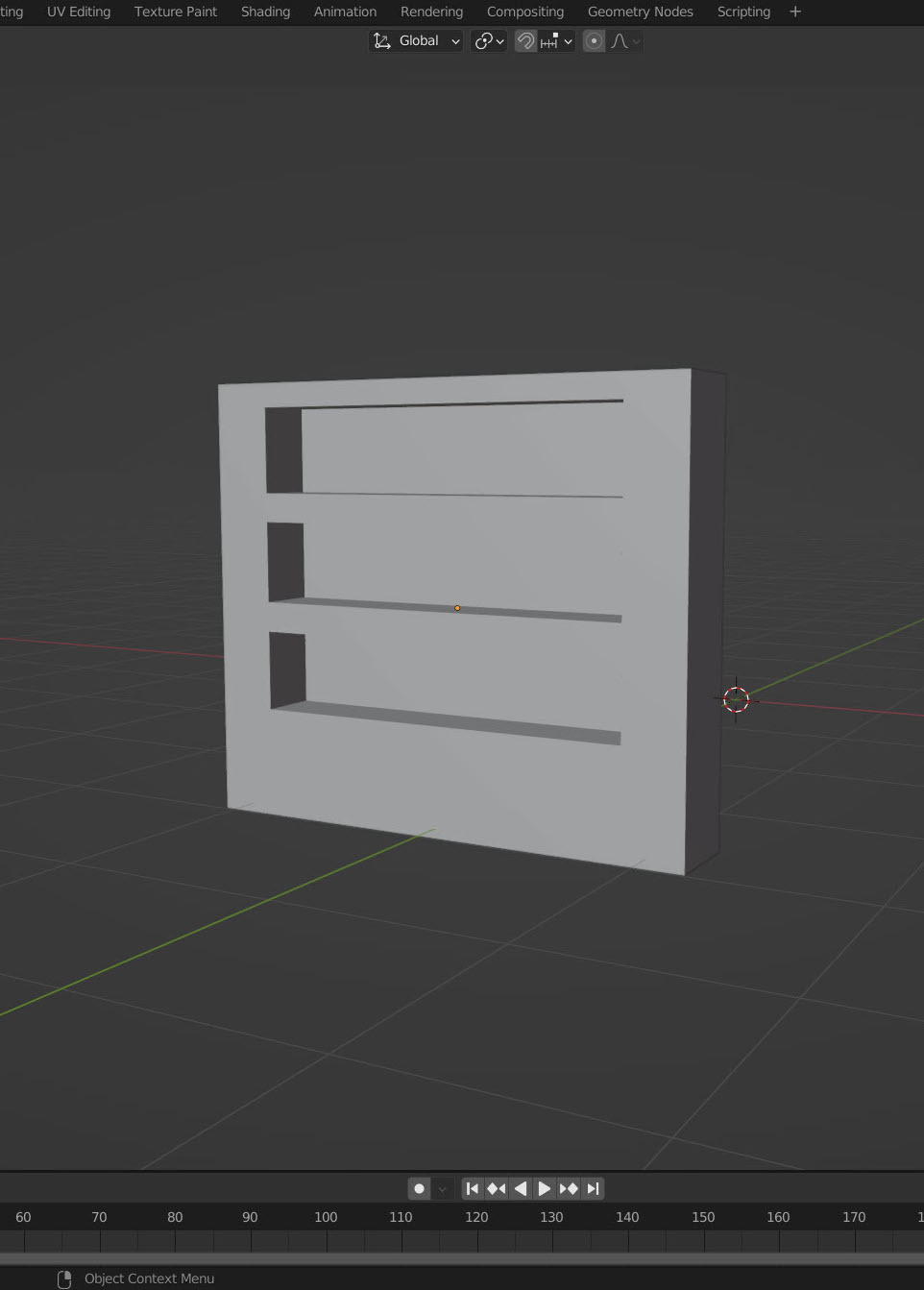 Creating the shoe display wall for the interior of the Prada Marfa building. 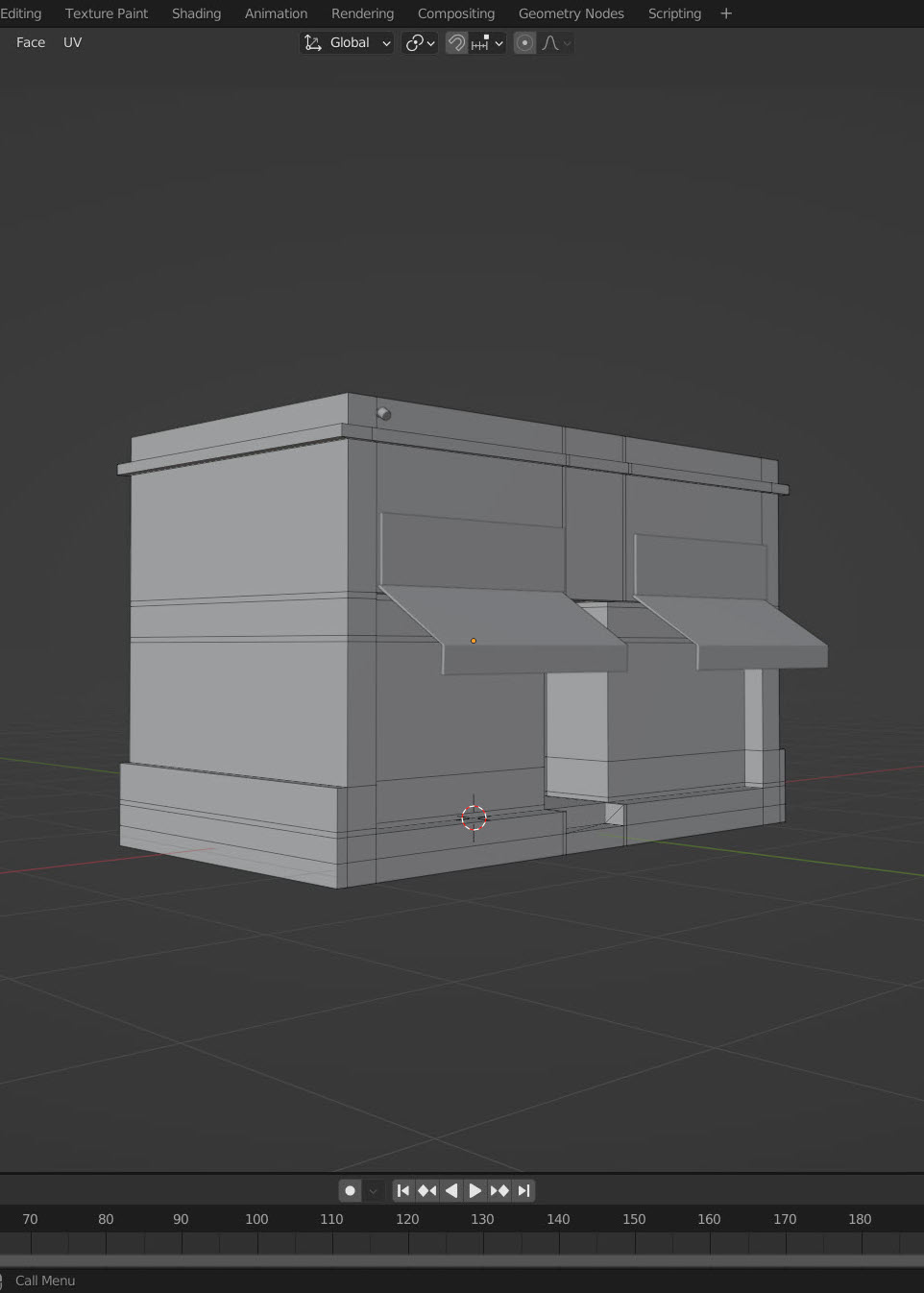 Creating the signage for the building.